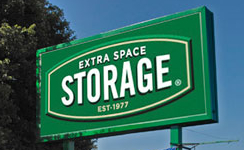 Acushnet Self Storage will be opening its doors next month and the property’s owner Rick Miller is really maximizing his return on this newly constructed self-storage facility. Miller initially thought of constructing a traditional self-storage facility on the site, but then came up with the idea of putting solar panels on the self-storage buildings. By partnering with Beaumont Solar, he was able to build a 516kw solar system on top of the buildings. “This gives me two revenue streams instead of one,” Miller says. Owning another self-storage facility, and a manufacturing building where Beaumont Solar has already implemented a high-performing 287kW solar PV system (pictured below), it was a no brainier Miller says. “It’s like a Reese’e peanut butter cup—- the two are meant to be together.”

For Mr. Miller’s first system Beaumont Solar helped secure the 30% Treasury grant that was part of the solar incentives at the time. Beaumont has also safe harbored the grant for the storage facility’s 516kW system soon to come online. Although the grant is no longer a current incentive, the 30% ITC still remains.

“As with any industry, financial incentive packages shift, sometimes slowing an industry”, says Phil Cavallo, President & CEO of Beaumont Solar Co. “But with solar PV, we are seeing just the opposite. Electricity costs are a constant operating expense, businesses must have it. But they can make that cost vanish with a long-term asset that has a payback period that is, on average, as low as 20% of the life-time of the asset itself, turning roofs, parking lots and acerage into real, tangible, dependable money savers.”

Beaumont Solar has financial experts specialized in the solar PV industry who are constantly monitoring and anticipating changes in suppliers, incentives, financing and pricing. It is this detailed knowledge and full-service business model that allows us to utilizing best in class technology at the industry’s lowest price, to design, engineer and implement the most cost effective solar energy systems in operation with reliable, superior performance. Contact Us at 508-990-1757 for an evaluation of how much money solar energy can add to your bottom line.